It was another book with an alluring black cover that got to me. ‘Firefighting: The Financial Crisis and Its Lessons’ by Ben Bernanke, Henry M. Paulson, and Timothy Geithner. The hook was the idea of the book – Hubris, excessive overconfidence. In real life, it feels like the concoction of confidence and intoxication of recent success.

The book narrated that back in the noughties - the period from 2000-2009 - “Serious economists were arguing that financial innovations like derivatives had made crises a thing of the past.” The reality was that financial innovations possibly made things worse, not better. Most of the leverage in the US financial system, the loans given to households, firms and institutions had already moved to “shadow banks” that, unlike conventional banks, were largely unregulated and lacked a financial safety net.

Many, including the policymakers, thought they could control any fire or even an inferno with the power-blower-like tools they had at hand, especially the ability of the Central Banks to print money and create liquidity.

But we all know about the financial crisis of 2008 - how it began, and progressed before it was eventually brought under control. The book is a first-hand recount of the genesis of the crises and the rescue missions the three authors commandeered, with precisely the same principles that a firefighter would employ.

The concept is so intriguing that I dug more and saw so many parallels between firefighting and investing. Here are a few nuggets from career firefighters –

"Early is on time, on time is late and late is unacceptable."

When do you start your investing journey? It is when the realization dawns on you that it’s essential to save, invest and be financially sound. That is when you begin, that is early.

Early on, in the middle, and after you learn the art of investing, this firefighting nugget still shines like a gem. You keep learning. Basking in it. Right lessons learnt early lead to habits that compound.

"No call is ever the same."

Firefighters take each call from ‘zero-base’. Every call is heard without the backlog or baggage of the previous one. The lessons learnt from experience are applied to fight the fire, not to taking the call. In investing, make each decision from ‘zero-base’. No two investments, ideas, cycles or drawdowns are the same.

"The heart is the most important muscle."

Survival is the most important aspect of firefighting, for the fighter and the people under duress. The investor is the one that needs to learn this, for himself and his investment, literally and metaphorically. Do your investing habits allow you to live a stress-free, healthier and focused life?

How do you escape an inferno? What do you do when things go horribly wrong? There is a fascinating story that I read in a book recently. Below is an excerpt, not for the faint-hearted.

It was known as the Mann Gulch fire, after the area in Montana, US, that had burned back in 1949. A decade earlier, the US Forest Service had created an elite team of smokejumpers who parachuted into fires.

One August afternoon, fifteen young men, most between the ages of seventeen and twenty-three, parachuted into what they thought was a small and simple fire.

They made their landing by 4:10 pm. and began to hike down into Mann Gulch, with their heavy packs and Pulaski axes. They didn’t know each other, and as they hiked, they split into smaller groups. To their right was a steep ridge, and to their left, a creek. The fire they’d been sent to fight burned safely on the other side of that creek, or so they imagined. There weren’t many trees, just tall grass, but they were unable to see much ahead of them.

A mile or so down the Gulch, the creek drained into the Missouri River. Their plan was to walk to the river, cross over the creek, and fight the fire with the river at their backs. The river behind them was their escape route. But as they neared the river, came the shocking sight: the fire was an inferno. It had jumped across the creek and now blocked them from nearing the river. Worse, it was moving across the grass and quickly towards them. One moment, the fire had been invisible, the next, it is a terrifying wall of flames thirty feet high!

It was now 5:45 pm. They turned to flee, but the only escape route was up and over the steep ridge. Investigators later measured the ridge’s 76% slope. The fire had a tailwind of 30 miles or maybe even 40 miles an hour and grew exponentially. Grass fires moved faster than forest fires.

The investigators also estimated, much later, that the grass fire had been moving at 1.2 miles per hour when the young men first spotted it. Ten minutes later, at 5:55 pm, the fire was traveling at a raging 7 miles per hour. One minute later, at 5:56 pm, the hands on the wristwatch of one of the young men melted in place: that’s how the investigators determined exactly when ten of the fifteen burned to death, some still carrying their heavy packs and Pulaski axes.

Five escaped. Three had dropped their Pulaskis and made it over the top of the ridge—though one died the next day of severe burns coupled with exhaustion. Another of the survivors also died within a day.

The fifth, their thirty-three-year-old leader, foreman R. Wagner "Wag" Dodge, survived. His survival tactic is revered to date.  At 5:55 pm, with the fire just a minute away and rushing toward him at great speed, he’d lit a second fire, ahead of him and up the hill that he needed to climb. As his fire burned the grass in front of him, he walked into it and threw himself onto the hot ashes.

He’d called for his men first to abandon their packs and Pulaskis, and then to follow him into the fire he’d set. Either they didn’t hear him or thought he’d lost his mind; at any rate, they didn’t really know Wag Dodge or have any reason to trust him. Dodge alone heard and felt the main fire passing by on either side of him, leaving him nearly unscathed. There was no history of a firefighter having done such a thing until that moment, but it became an accepted strategy in the fighting of grass fires. “Escape fire,” is what they’d call it.

How do you light your second fire, your escape fire? Do you sell down part of your portfolio and look to survive? What about surviving a crash and you are in cash? Do you create another escape fire by slowly creating a satellite portfolio and feeding it over time?

These questions are fascinating and the answers more so.

Train yourself or hire a financial professional.

1. The Premonition by Michael Lewis

2. Firefighting: The Financial Crisis and Its Lessons by BGP 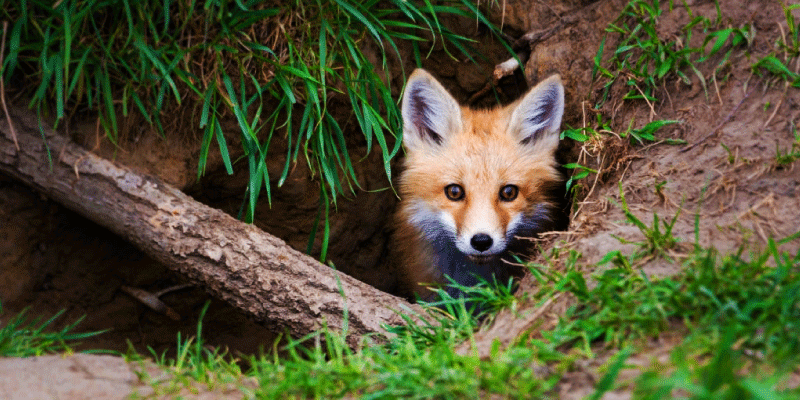 Index Funds: the good, the bad, and the variety