Phoebe Garrett reclined in the clinic chair. She remembered what her mom told her - “Our family never gets the flu.” A live virus was dripped into her nose and the nostrils pegged shut for next several hours. It was an attempt at self-infection. A voluntary attempt to participate in a study which was aiming to find why some people didn’t get infected by SARS-COV-2, the virus responsible for Coronavirus diseases (COVID). After the experiment there were multiple rounds of tests through different methods: throat swabs, nose swabs, other types of swabs like nasal wicks – where you hold a swab in your nose for a minute – as well as blood tests. She never developed any symptoms, never tested positive.

But Phoebe was not the only one. Of the 34 who were exposed to the virus, 16 failed to develop an infection. Researchers tried to locate more such people. Especially those who lived with COVID positive patients but didn’t catch the infection. Are there superhumans walking among us?

I love these superhuman stories. Don’t you? It opens up a window of hope.

The story doesn’t end there. Over the next several months, all the participants in the above experiments were observed through repeated tests. Unsurprisingly, almost all of them tested positive at various points in time. Having dodged the virus for almost two years, Garrett was shocked when a routine lateral flow test produced an ominous second red line. Shortly afterwards, she developed mild Covid symptoms, but has since recovered.

Most of us believe in the superhuman. Its magnetic.

What about these stories from the investing world? Sound awesome, don’t they? We believe in people who tell us that it’s possible to do in a month what the ‘Alpha Investor’ has done annually over the last seven decades. We get carried away thinking we will get what they got.

It’s a trap. While a bit of luck and a large amount of the unknown can create super-outcomes, there is no known method to madness. No shortcuts to ultra-results.

But there is another lesson.

Last month I underwent an HbA1c test. The HbA1c, as per the peer reviewed studies, is a fairly accurate and easy-to-administer test with on-the-spot results availability and can be an effective tool in establishing the diagnosis of diabetes. It gives out a range. People above 6.4% HbA1c test results have diabetes.

I asked my physician about the HbA1c. What’s the most accurate way to use it? She highlighted that a combination of HbA1c and FBS (Fasting Blood Sugar) is a fairly accurate measure of diagnosis. But the most important part came later.

She said, I want to speak to the person first. I want to understand their lifestyle choices, family history for diabetes, other illnesses and more specifically, the occupation of the person. In isolation, she said, any pathological lab test has its own limitation. Clinical symptoms in addition to a person’s history is the context in which she wants to look at the pathlab results. Not in isolation. A person’s (FBS) blood sugar levels falling from 250 to 150 or rising from 100 to 150 means two very different things. And when a patient walks in with a 150 FBS level it means very little until the other parameters are known. The human body is dynamic, one biomarker can have many triggers. “It’s all inter-related”, she said.

Most of us ignore the context and judge the pretext. Don’t.

The lesson for investors?

Numbers don’t mean anything in isolation. Investors fixated on the most recent performance of a fund, for instance over the last one or two years, are mistaking themselves with randomness. It takes at least a month to even start a start-up in India, let alone get the first sizeable sales number under the belt.

Equity investors on the other hand focus on what’s happening today rather than focussing on what I call the ‘Investment Biomarkers’.

Get the mental math right, excel sheets can wait.

Sustaining an investment framework over all the short-term noise repeatedly, over and over, gets you to the long term. While an excel sheet can help you plan and point to where you want to reach in the long term, the short term spurts can only be taken care of by healthy psychological practices. You could be completely wrong about many of your investment choices but may still win over time. For instance, Warren Buffett has invested in over 500 companies and Berkshire Hathaway holds more than 60 companies today. But a majority of his wealth was created by investments in just 10 companies. So, it’s not the excel, it’s the mind.

Be willing to pay a price.

Why do we chase performance? Data shows that funds with a sound underlying philosophy and those that avoid catastrophic outcomes are better bought when they are underperforming. There is ample evidence that manager performance is cyclical. Investors end up chasing the top funds because it’s our nature to believe that what has happened recently and is happening today will continue forever. It doesn’t.

A scorpion and a frog meet on the bank of a babbling stream. It's too treacherous to cross, so the scorpion nicely asks the frog to carry him across on its back. This makes the frog a little suspicious. It asks, “How do I know you won’t sting me?” The scorpion says, “Because if I do, I will die too.” That sound reasoning relaxes the frog's nerves. So he allows the scorpion to climb aboard and they shove off across the flowing water. They get halfway across the stream and the scorpion stings the frog directly in the middle of his back. The frog feels the onset of the scorpion's poison and starts to sink. He manages one dying breath: "Why?!" And the scorpion replies: “I can’t help it, it’s my nature…”

Don’t experiment with what has a perceptible history of taking the bad calls. There are investment strategies which show excellent return when things are going great. But they have scorpions in the portfolios, which will eventually sting. It’s possibly in ‘their nature’. Entrust your money with ideas what suit your nature and temperament.

Invest a little more, patiently. It’s simple but not easy. Try it. 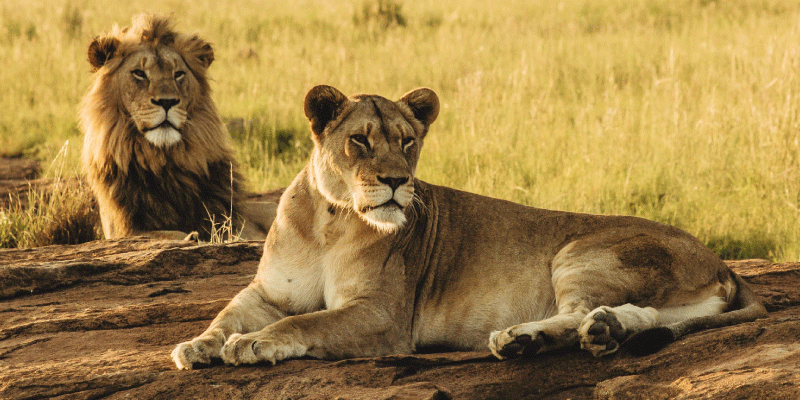