In 1997, an unassuming man named Ronald Read, who lived in the small US state of Vermont, retired from his job as a part-time janitor. Between Read’s stint in the US Army during World War II and his janitorial job, he’d also worked as a gas station attendant and mechanic for long periods. After retiring, he lived for 17 more years before passing away in 2014 at the ripe old age of 92.

Ordinary. Till you hear what happened next.

A revelation that came to light after Read’s passing came as a complete shock to his family and was astonishing enough that it was reported in the news across the United States.

What was it? Did Read have a secret family in Italy, where he’d served during the war? Did investigators find observations of an alien encounter in his diary? Or did his backyard turn out to be the burial site of some centuries-old pirate treasure?

Well, the shocking discovery made after Read’s passing did involve a treasure, but of a much more modern sort. This humble ex-janitor had amassed a fortune of nearly USD 8 million (approx. Rs 50 crore at the time) through his stock market investments! 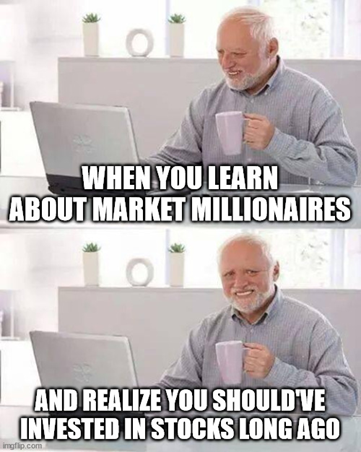 How did Read manage to pull this feat off? Well, for one thing, he was incredibly frugal, to the point where someone once bought him a meal because they thought he couldn’t afford one. All the money he saved by being so frugal, he invested into stocks. He had quite a diversified portfolio, owning 95 stocks at the time of his death, including those of several major blue-chip companies such as Procter & Gamble and General Electric. And he held whatever he’d bought for decades.

Another factor that allowed Read to get the most returns on his investments was that he did everything on his own, without taking help from or paying any professional money managers or advisors. Hence, he would have ended up paying small fees over time.

Keeping fees as low as possible should remain a priority for modern investors as well. With more and more investors now turning to professionally managed funds, every investor needs to understand how much they’re paying, why, and whether it’s worth it. And it’s precisely this aspect of investing that we’ll focus on in the rest of this piece.

Being active is good, Right?

Read’s story and the many timeless lessons it holds have become part of investing lore. However, investing in individual stocks, as Read did, is considered to be quite risky unless you know what you’re doing, and therefore demands a lot of research.

As a result, many modern investors choose to invest in large, diversified baskets of reputed stocks in the form of mutual funds, index funds, and exchange-traded funds (ETFs). By holding shares in such funds for long periods, they too can get benefits like Read got, with much lower risk or effort needed, to boot.

However, all funds are not equal. They can be classified into various categories depending on certain parameters, and this in many ways reflects the returns one can expect to earn. Two important categories that are opposite sides of the same coin are ‘active funds’ and ‘passive funds.

In a nutshell, an active fund is a fund overseen by professional fund managers who will regularly modify its composition by buying and selling stocks based on their analysis. Passive funds on the other hand simply attempt to replicate a market index, such as the National Stock Exchange’s Nifty 50. The goal of an active fund is to generate returns that are as high as possible and try to outperform an index, while passive funds aim to mimic the performance of the benchmark index as closely as possible.

From the sound of it, it seems like most investors would tend to lean towards active funds. And that’s right, most do. Active fund managers are smart and experienced ‘strategists’ who can bring the power of research, technologies such as AI and data science to bear upon their decisions. Passive funds, on the other hand can seem too simple, less energetic, less cool, less ambitious, and hence may give the impression of being less profitable.

And while investing, costs can make all the difference- they have a direct impact on the returns you earn eventually.

Almost all professionally managed funds, whether active or passive, charge a fee expressed as the ‘Expense Ratio’ (ER). This fee covers the annual administrative costs, management charges, advertising expenditure, legal charges and all other expenses related to operating a fund. ERs are these cumulative costs expressed as a percentage of the fund’s average assets under management, and typically range from 0.1% to 2.25%. An ER of 1% means that every year, you end up paying 1% of your investment value as a fee.

For instance, if you’ve invested Rs. 1 lakh in a fund with an ER of 1%, then every year, Rs. 1,000 could be deducted as expense ratio charges (this doesn’t include transaction costs, taxes etc.).

A high ER isn’t necessarily a bad thing. If a fund has a stellar record and has consistently outperformed the markets by huge margins, then an expense ratio on the higher side need not be a deal-breaker. However, don’t lose sight of the fact that the fees you pay under this head directly reduce the returns you get from a fund (I will discuss this more a little later).

So then how do active fund managers justify higher ER? Well, the idea is that their ‘active decisions’ allow their funds to beat their benchmarks by relatively large margins, which means that their investors will get handsome returns even after paying a relatively large ER.

Passive funds, in contrast, will only keep up with the market (depending on the index they are trying to replicate), and not try to beat it. Therefore, the ER must be much lower to account for the potential ‘lower’ returns.

The drawbacks of active funds

To begin with the obvious, it’s not always the case that active funds can even beat their benchmarks. Media reports have often covered this reality when the numbers suggest so. For instance:

The above two reports are recent. A smart reader must also identify they are also point-to-point returns based on particularly selected time periods- may not represent the complete picture.

While it’s true that performance can be measured in various ways and that the statistics quoted above provide only part of the overall picture, it should still be a cause for concern that a large proportion of actively managed funds seem to be failing to live up to the most important expectation that investors have of them- outperforming the index, especially in the short term.

In addition, the very attempts that active managers make to try and beat their benchmark generates additional risk over and above systemic and residual risks (i.e. risks that no fund manager has any control over), called ‘active risk’. One of the components of this risk is greater volatility, which means that active funds tend to be much more choppy than passive ones.

Note that simply choosing passively managed funds will not eliminate volatility or consequent risks. The risks might be lesser when compared to actively managed funds, but still significant enough for you to be aware of and plan for.

Lastly, there are two inherent drawbacks of expense ratios when it comes to active funds:

Note that in the real world, the expense ratio gets calculated daily, not in the form of a lump sum at the beginning/ end of every year.

2. Charges must be paid regardless of good or bad performance

Remember that an expense ratio charge is not a reward given to an asset management company for delivering outsized returns: it simply covers the cost of operating a fund, regardless of the kinds of returns it has produced. This means that you’ll have to keep coughing up this charge even if your fund is in the red. 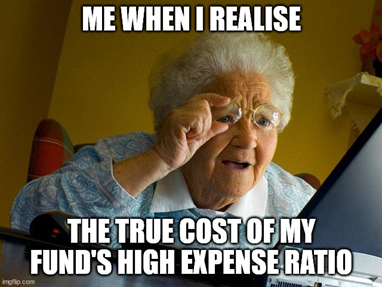 I must add- I am NOT saying that all active funds are good, or bad. Some may do much better than the designated index over the long term, many may not. But how will you always be right about your fund choice/s?

All I am saying is that you must recognize the higher expense ratios applicable on active funds and take them into consideration as you build a long-term portfolio. Does the additional cost pay for itself over time? Is it worth it?

What many investors do not realize is that even a saving of 1% can make a massive difference to your portfolio over the long term. Remember: 1% saved = 1% earned.

But why 1%? Well, I am using this figure as an illustrative gap in expense ratios on average between active and passive funds. This is a conservative choice and, could be much wider.

So, let’s assume two funds A & P ended up delivering 12% returns on average over the next 30 years. However, for our illustration the Fund A has a 2% expense ratio vs 1% for Fund P.

What could happen to a Rs 1 lakh lump-sum investment made over 30 years?

Good investors are proactive. Great ones are pro-passive :)

As the example above suggested, does this simple, low-energy, less cool, less ambitious category of funds not sound enticing now?

For those who understand the impact of costs on investing outcomes, for sure there is a compelling case for index funds or exchange-traded funds!

With their lower expense ratios, lower active risk, (slightly) lower volatility and respectable long-term performances, passive funds have a lot to offer to every kind of investor.

DSP offers a wide range of popular passive funds, including index funds and ETFs. Go ahead and explore our diverse offerings, or drop in a comment if you want more information! 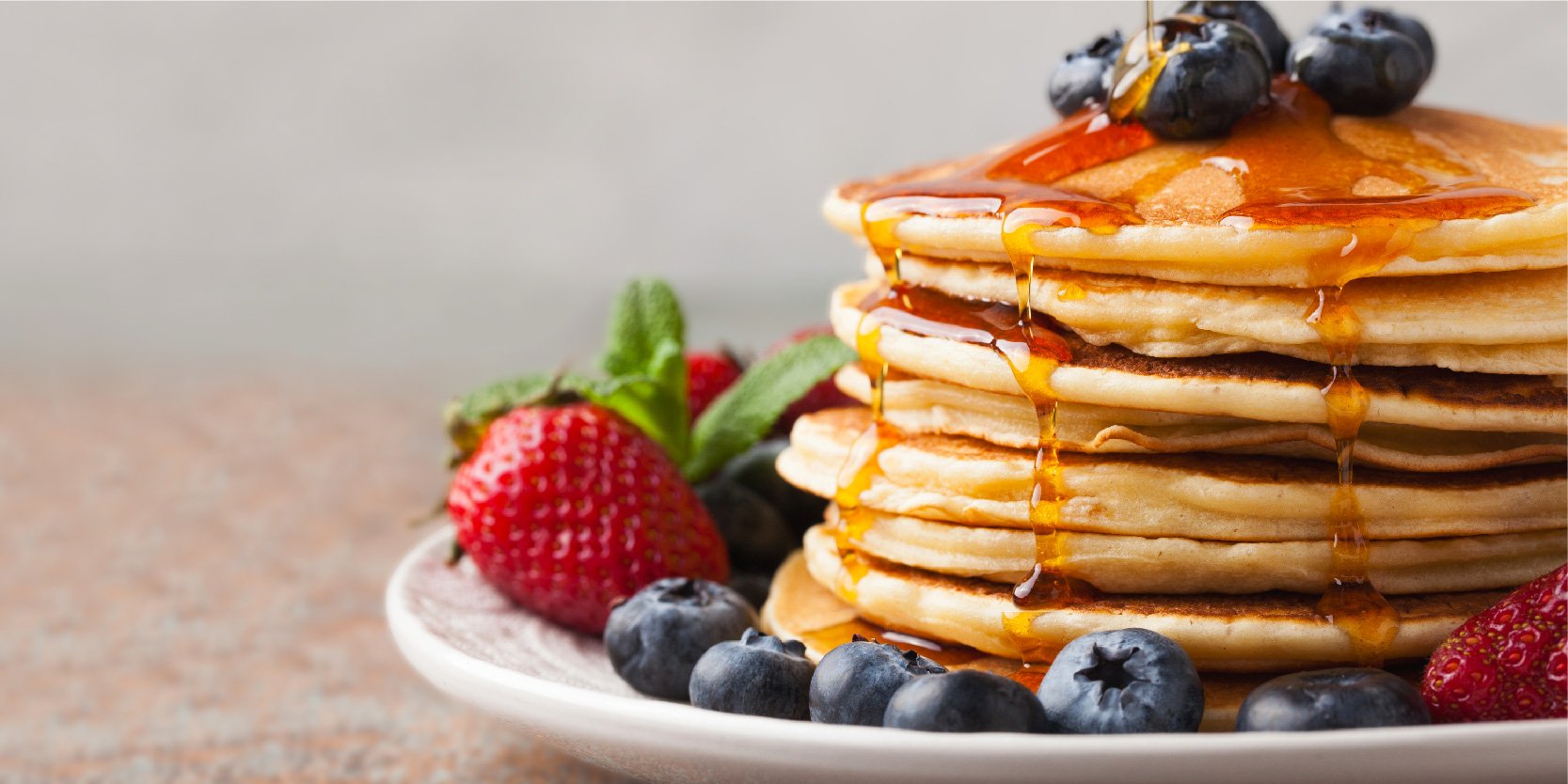 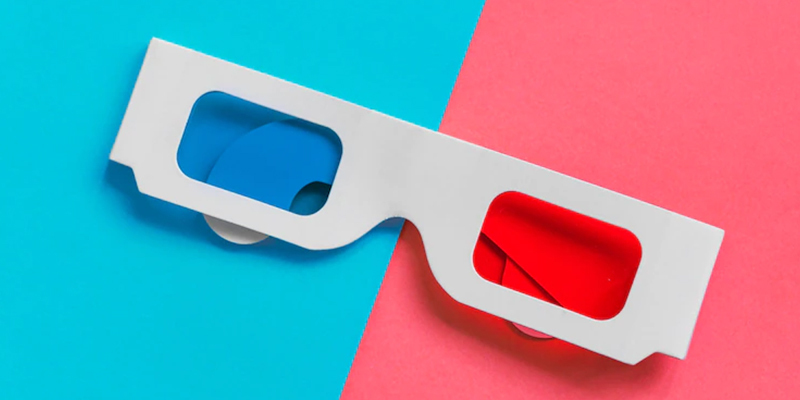